This 1968 Cougar was brought to us by a lady who’s mom owned the car since it was a couple years old.  She remembers riding in the car as a small girl not even being able to see out of the windshield.  She brought the car to us wanting it back to it’s original condition and dedicated to her mom. 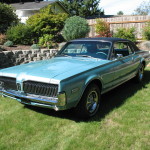 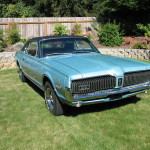 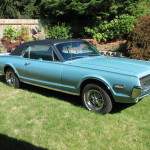 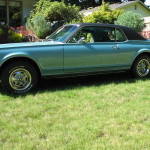 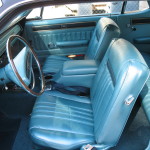 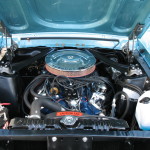 The car had seen better days. Shortly after her mom purchased the car from a police auction she had it painted black so no one would know it was the same car. It also had it’s fair share of bruises over the last 30+ years. 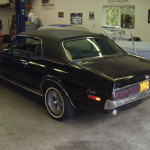 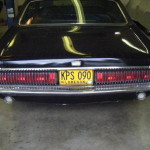 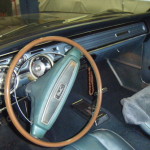 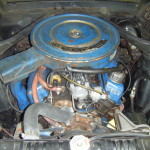 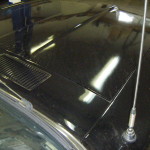 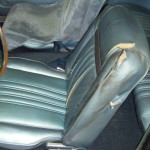 After disassembly most of the car was media blasted. 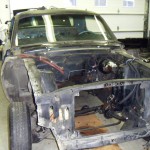 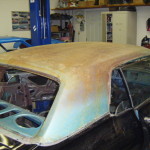 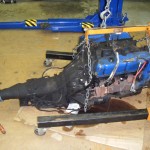 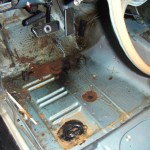 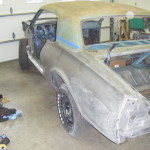 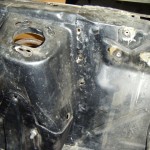 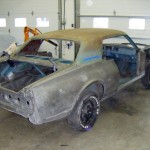 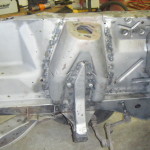 The body and paint work was done by Automotive Images in Tacoma, WA.  The factory color is Caribbean Blue.  Rusty sheet metal was replaced where needed.  At sometime in the cars life the shock towers had been replaced using some out of a 69/70 Cougar.  The aprons were still the originals with the correct vin numbers.  The towers and aprons were removed and replaced with ones from a donor 68.  The original vin numbers were moved across to the new panels. The repairs came out looking like they had never been done. The bottom of the car was cleaned and sprayed black since the owner intended on driving it frequently. 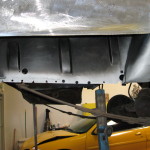 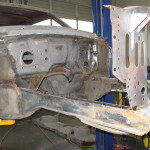 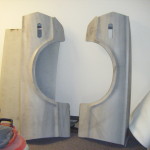 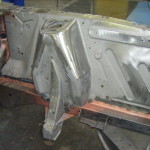 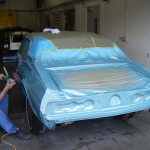 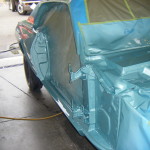 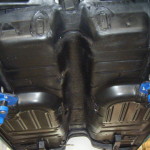 Now to assembly. (Unfortunately our camera was lost with the pictures of the assembly process.  We think it ended up in a hulk that went to scrap!)