This is my oldest son Roman’s 68 Cougar that was special ordered from the factory with Calypso Coral paint. It is also a Dan Gurney Special.  One of three ordered at Olympic Lincoln Mercury in Seattle, Washington.  He purchased this car when he was 12 years ago when he was 14!    It was a daily driver while he was in High School and now it is used mostly for car shows and an occasional cruise.   It has been lightly modified including American Racing Wheels, blacked out grille and tail lights, 70 high back seats upholstered using 1968 materials, and light engine modifications.  The paint is how he bought it! 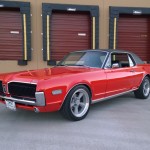 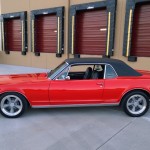 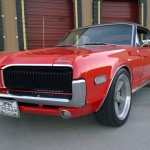 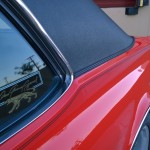 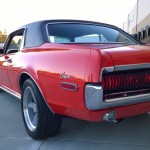 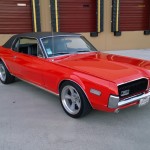 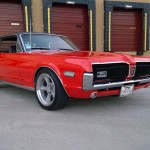 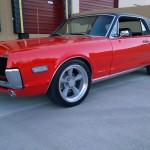 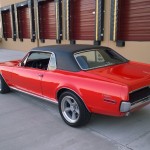 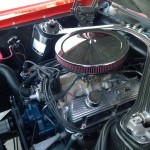 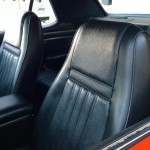 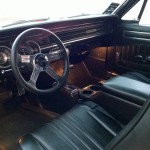